Mobile games have become a favorite companion of players nowadays. They can be easily accessed anytime, anywhere. As the number of gaming app increases, it becomes harder to choose the game to play. Players may start with these games we have listed down. Among the pool of games available for Canadian players, these are the ones that really stand out of the crowd.

Experience the cool wind as player plays the Alto's Adventure. This game is a snowboarding game wherein players can side-scroll the character in order to have an endless run. It will definitely make the players feel the fun and thrill of snowboarding activity.

Snowman, which is a group of three developers from Toronto, Canada, created this Alto's Adventure. The game was inspired by other video games related to action-packed activity such as Journey, Tony Hawk's Pro Skater, Windosill, and Monument Valley. Alto's Adventure seems like a hybrid of all these exciting games.

The game was first launched in February 2015. During its initial release, Alto's Adventure is only compatible with iOS devices such as iPhone. Eventually, the developers started to improve the game and make it playable with Android devices. A year after its initial launch, Snowman released Alto's Adventure for Android. Also, in the same year of 2016, the game has been available for Windows environment. The enhancement on the compatibility makes the game accessible to many players.

During the game, player can control the timing of jump of the game's character. When the character needs to jump, player simply tap the screen. If the character needs to do some tricks in the air, player can hold the screen. Players can get points by the distance travelled by the character and how much combo they acquired by executing tricks. The character can also collect coins during the game. These coins can then be used to exchange for upgrades. Players may try the MrGreen Casino. This app allows players to enjoy different casino games such as slot machines, blackjack, poker, and many more.

Many players love the game because of its excellent interface. The landscape on the screen is truly mesmerizing. Critics also praised this game for its visual design.

Chameleon Run has an interesting history. The designer of this game, Ján Ilavský, first created this as a Ludum Dare prototype only. Unfortunately, lots of people used his source code to create clones and games which he then saw published on different play stores. Thus, he decided to create a game out of it, too.

This game is about an auto-runner that players need to help to finish the level. The character is a cube-like human that can jump over the obstacles that hinder his path. Player should also help the character jump over the pit to prevent him from falling. During the game, players can also collect coins and crystals to earn points.

It may sound like an ordinary auto-runner game, but Chameleon Run has a nice twist. The main character can only touch the objects with color similar to him. There is nothing to worry as the character has the ability to change color in order to pass through that level. With such unique concept, this game has been getting positive feedback both from players and game critics. The game also received several awards such as Apple Design Awards 2016, Best Mobile Game of the Year and Best Design in 2016 Czech Game of the Year Awards.

Hyperbolic Magnetism helped developed the game and it was published by Noodlecake Studio in 2016. This game is compatible with Android, iOS, and Windows platform. 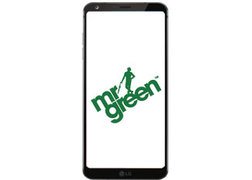 Never miss an important sports event with the help of Score Mobile. This app gives the Canadian sports fanatics a real-time update on the ongoing games.

Players can get a list of the game result not just for the events within the day, but also for the sports games that take place recently. Get a glimpse of the latest score for NBA Basketball, NFL Football, MLB Baseball, NHL Hockey, NCAA Football, FIFA World Cup, Champions League Soccer, and other major sports events all over the world.

Another fun feature of this app is that players can customize their feed using the Favorites feature. Players may tag which of the games they want to see more often. After setting the app, players will see the game news and events tailored for him or her. For more updates, players could also enable their notification to instantly get the news even without opening the app.

Those who want to be updated on the latest happening can click on Discover. It shows a feed of trending news regarding the sports events. It is absolutely a great way to catch up with friends.

Aside from the games mentioned above, there are also gaming apps that allow players to earn some real cash. Mr Green is a well recommended gaming app among the Canadian players because of its good reputation in the gaming industry.

Mr Green Casino App is ideal for players who do not want to browse just to open a gaming site. With this mobile app, players can instantly access the casino in their home screen. Players may immediately indulge with their favorite games like Blackjack Touch, Game of Thrones slot machine, Roulette Touch, or Avalon slot.

Players of this app can even get bonuses and rewards. New account on the mobile app can earn 100% match bonus for up to 200 free spins. Withdrawals and Deposits can also be made using this app.

Stay healthy, get up and stretch a bit!